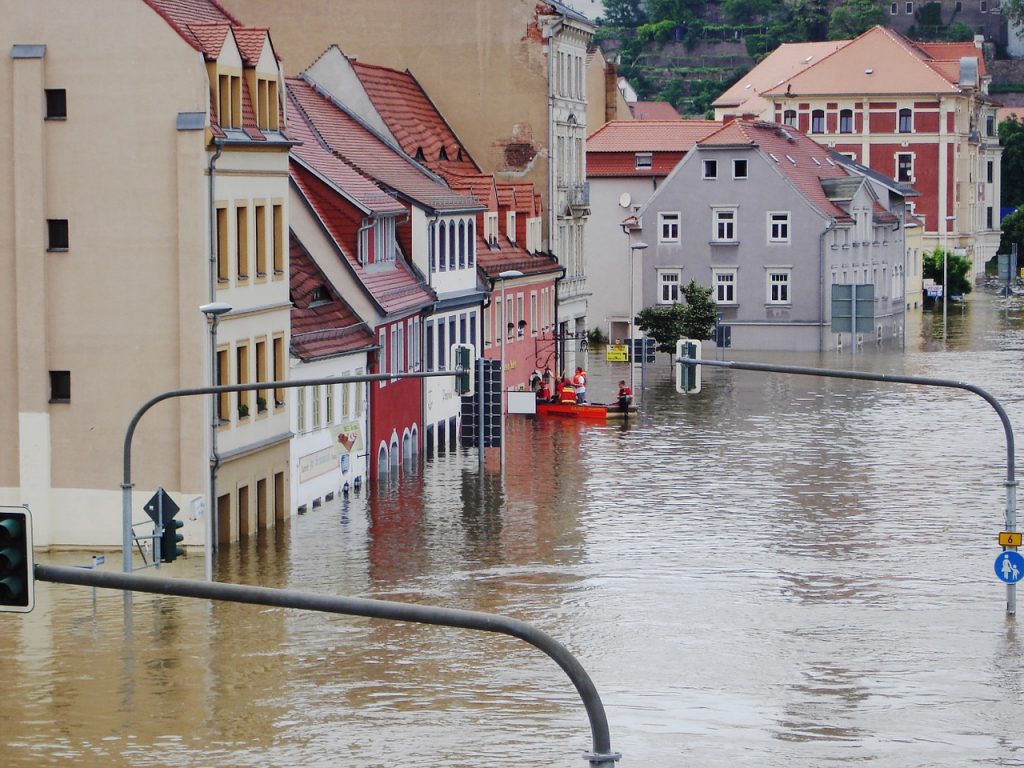 Flooding can increase the risk of infectious diseases, but the health risk is low if it does not involve large population migrations or if water sources are not contaminated. The biggest risk factor for flooding outbreaks is contamination of drinking water facilities, but even if they do, as in Iowa and Missouri in 1993, there have been cases where damage has been minimized as a result of a good understanding of the risks and an emphasis on disaster countermeasures with clean drinking water first.

Flooding can increase vector habitats and ranges and indirectly increase vector-borne infections. The water accumulated by heavy rains and flooding of river water is the spawning place for mosquitoes. And disaster victims and emergency relief workers are more likely to contract infections such as dengue, malaria. At first mosquito eggs may be washed away by flooding, but they breed again after the water has pulled. The period until malaria begins to spread is usually about 6-8 weeks.

The risk of epidemics is greatly increased by complex factors such as changes in behavior (outdoor sleep, interruption of disease control activities, increased exposure to mosquitoes due to people’s pollution), and changes in breeding grounds where mosquitoes are prone to spawning (landslides, deforestation, dam construction, watershed changes, etc.).

Other health risks from flooding

These include drownings, wounds and trauma. Blasts after wounds due to flooding are not common and mass vaccination of blasts is not necessary. However, those with open wounds who have been vaccinated against blasts before will receive additional vaccinations, and those who have other injuries will be able to adapt to vaccinations according to their inoculation history. Hypertet-based immunity is usually as therapeutic as for patients with blasts, for people who have never been vaccinated or who have extremely contaminated wounds.

Hypothermia is also a problem. It is especially a problem for children and those who have been immersed in flooding for a long time. The risk of respiratory infections increases due to the fact that there are no shelters or wedding from floods and rain.